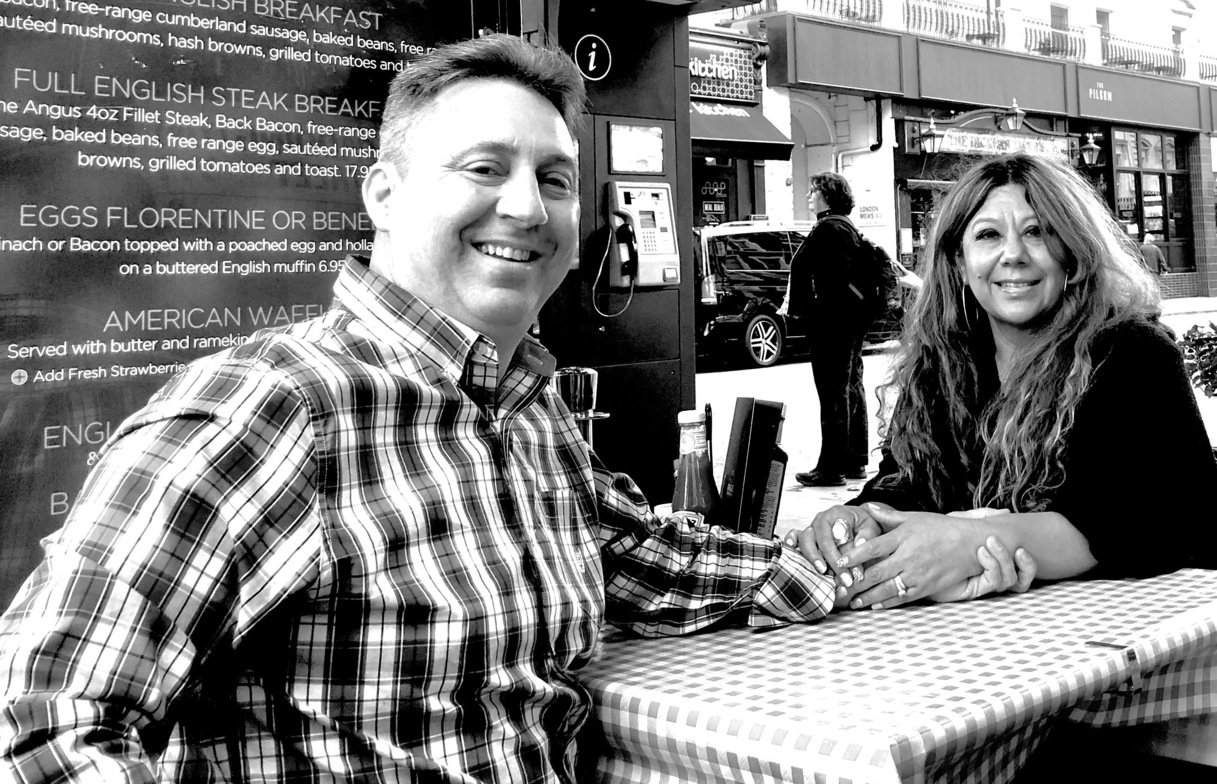 The Wakefield’s were sent to Austin in 1997 to pioneer a new Christian Fellowship Church. They evangelized, worked with new converts, and made disciples as the Church began to take shape. They are still pastoring the Church today and over 23yrs later are still pressing forward in God’s Vision and Calling upon their lives. Their heart is to see lives radically transformed by the power of Jesus Christ and to make as much impact as possible for the gospels sake while keeping the fire alive!

FORMING A MAN OF GOD

In 1970 Wayman and his wife, Nelda Mitchell, moved to Prescott with their young family of five children to take over a small, struggling congregation. Shortly after arriving, God saved several young hippies who were very different than anyone in the church. As Wayman Mitchell and the church welcomed them, God began to pour His Spirit on the congregation.

HARNESSING A MOVEMENT OF GOD

Pastor Mitchell sought to reach more young people and saw the possibilities of a "coffee-house" concert ministry. At the first concert, they ever tried as an evangelistic tool, more than 200 young people attended, with many saved. Out of this, a regular concert ministry continued. Two nights a week, bands played, and testimonies of salvation brought glory to God's name, and the Gospel was preached, with many being saved each night. This fantastic youth-focused 'Jesus People' revival was spilling over into a very unexpected place, the little country town of Prescott, Az. The 'Jesus People' revival was a direct result of the backlash to the ruinous counterculture movement during the nineteen sixties that promoted the youth to "Tune In, Turn On, and Drop Out."

FORMING THE FUNDAMENTALS TO CHANGE THE WORLD

From the beginning, Pastor Mitchell understood that the concert ministry was to be a training ground for ministry development; it was run by young people who were committed to Jesus and His church. People who were becoming converted to Christ sought to share with others what God had done in them. Personal evangelism began to be one of the fundamental foundations of the church. Then came impact teams: Groups of people that would travel to other nearby cities to help people experience what God was doing in the Prescott congregation. Over time, God began to reveal His plan of discipleship. Training young couples for ministry within a local church as these converts lived with purpose and were able to send couples, or go themselves into neighboring cities and states, as well as venturing overseas and then far off places like Australia.

In 1973 the first couple was launched directly into the ministry – and God blessed them! Churches then began to be planted throughout the Southwestern United States, and then further across America as converts prayed for the Gospel to spread to their hometowns.

In 1978 the first couple was planted into the nation of Australia. The Gospel worked there, just like it did back home. After that, other couples launched out to Mexico, Holland, and Germany. Then, as our fellowship came to understand God's global mission more and more, churches began to be planted throughout the world. To date, there are over 2500 churches in 46 US states and 126 nations of the world.

Pastor Mitchell himself has also effectively pastored in many different countries. Countries like Canada, the United States of America, and Perth, Western Australia, where his ministry and influence demonstrated his heart's desire to see individual lives changed, redeemed, and to serve God with purpose and dignity to fulfill 'The Great Commission.'

Pastor Mitchell conducted numerous healing crusades all over the world up until his nineties. Many have likened Wayman Mitchell to a modern-day Smith Wigglesworth due to the many evident and astounding miracles of healing and deliverance.

God has used Pastor Mitchell, his late wife Nelda, and their family, due to their willingness to follow Christ regardless of the personal cost, to share the Good News of Salvation to multiple nations of the world.

WHAT COULD GOD DO WITH YOUR LIFE?